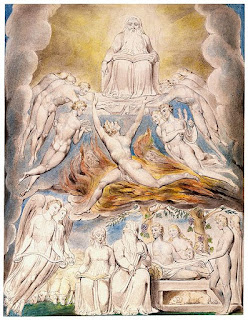 Last week as we continued with the Book of Job, we focussed on a theme, and that theme, highly relevant to the story of Job, was the theme of friendship. How friendship is one of the great blessings of life and where indeed would we be without friends? Someone in the course of a recent conversation brought up that old saying: ‘It’s not what you know, but who you know that counts.’ Having good friends really counts in life, because having friends can make a big difference to the quality of our lives. By your friends ye shall be known, so goes the old saying and in the book of Proverbs (27:17) we can read:

As iron sharpens iron so a friend sharpens a friend.

In other words, who we associate with makes a difference, friends can either make or break us, polish us up or grind us down, so it’s important to recognise that we should really seek to have friends who can make a positive difference to our lives. Iron sharpens iron so a friend sharpens a friend, this is so relevant within the fellowship of a church, that mutual sharpening of iron upon iron, supporting each other, helping each other to remain vigilant, strong and sharp in a world in which any one of us can easily go astray. Friends who can help us and guide us, encourage us and even on occasion, have the courage to point out where we might be going wrong.

You will recall that last week, we looked at a very famous group of friends, those friends of Job. And Job, as we know, suffered so much affliction, that these friends Eliphaz, Bildad and Zophar sat with him for seven days and nights and during that time, not one of them spoke a word, for they saw that his suffering was too great for words. Yes, so in solidarity in the time-honoured Hebrew tradition, they wailed loudly, they tore their clothes and they poured dust over their heads as a symbol of mourning. When one is in deep despair, or when we’ve been hurt or unfairly treated, let’s face it there’s nothing quite like a shoulder to cry on. And does it matter that we may be partly or even totally responsible for the despair which we may have even brought upon ourselves; even if we are the architect of our own downfall? Does that really matter at all compared to the soothing presence of a partner or a friend, somebody who can empathise and feel your pain? Some people under such duress turn to professional counsellors for relief, to get it off their chest and to unburden themselves.

One of the greatest skills in these situations, as a supporting friend, is not so much to try be the counsellor or the person that can come up with a ‘quick fix’, but rather, merely to be a good listener is often all that may be required. This in fact is what I’ve come to understand what personal counselling is all about. You may recall that last week I made a joke about this continuing series of sermons on the Book of Job and now we are in the fifth week of this series. Even my wife, Sue has not escaped my growing enthusiasm and interest in the story of Job’s, so much so that a couple of Sunday’s she even mentioned this ongoing preoccupation of mine to a Methodist minister. The minister replied that the kind of wordless empathy as portrayed in the initial actions of Job’s friends, is often held up as a model of chaplaincy within the Church. On the same theme of comfort and solidarity that we can all give; I think we can also take inspiration from those words in St Paul’s Letter to the Romans (12) where he says:

Be happy with those who are happy, and weep with those who weep. Live in harmony with each other. Don’t be too proud to enjoy the company of ordinary people. And don’t think you know it all!

But as we move into the third chapter of Job’s story and all his troubles, we begin to see that Job’s original stoicism, his silence and his presence of mind eventually give way to grief expressed in a deluge of words and emotion. For anyone, under the impact of shocking events, the perception of time can often become distorted and one’s situation can appear to lack reality; where nothing seems real and the whole thing is actually quite mind numbing. Oddly enough in the initial throes of trauma, one can become quite objective, as Job was even in the face of the deaths of his seven sons and three daughters, the deaths of his servants, the loss of all his wealth and the accompanying loss of status, in the face of all this he said:

“I came naked from my mother’s wom

and I will be naked when I leave.

The Lord gave me what I had,

and the Lord has taken it away.

Praise the name of the Lord!”

Even following the development of a terrible skin disease, Satan’s covering of him from head to foot with boils, to add further to his misery, Job still held firm, castigating his wife as ‘a foolish women’ when she said that he should. ‘Curse God and die’

But it was the ancient Greek philosopher, Socrates who is reputed to have said that ‘No human condition remains permanent’, which in relation to Job’s sufferings reminds me of that 1980s film, called Stir Crazy, which no doubt many of you will have seen. The film depicts a story in which Skip Donahue (Gene Wilder) and Harry Monroe (Richard Pryor) are wrongly sentenced to 135 years in prison for a bank robbery they did not commit. Once inside the maximum-security prison, the enormity of the situation eventually dawns on Skip impelling him to cry out; ‘We’re in prison’ to which his friend, Harry, replies, ‘Damn man, welcome to the real world and not a minute to soon, I might add!

Pain, both physical and psychological can be like that, the delayed reaction, like being hit by a fist enclosed in a boxing glove, the initial dull thud and then the time delay until the blow with all of its painful consequences spreads out further and further to eventually encompass the whole of one’s being, or as Harry would have it, that pain welcoming us to the real world. And so, after seven days of silence in the presence of friends we have Job bitterly crying out that he wished he’d never been born or wishing at least that he’d been still born. Job waking up to the prison of his own suffering he wailed:

What I always feared has happened to me.

This morning we began from where we left off last week, extolling the virtues or value of friendship as one of the great blessings in life, but there are limits to friendship and since other people are autonomous human beings, they will at least on some points always think differently than we might. - And there’s a song Bob Dylan wrote, that tells us that the perfect friend does not, actually, exist; you might know the song It Ain’t Me Babe, it goes something like this:

You say you're looking for someone

Who's never weak but always strong

To protect you and defend you

Whether you are right or wrong

Someone to open each and every door.

It ain’t me babe…

Now bereavement and loss are experienced and dealt with by different people in different ways. For many, as in Job’s case, following the initial mind-numbing shock, and the recognition of a new and awful reality can come the outpouring, of sorrow, grief, and a constant verbal litany of injustice, or regret. At times even the kindest of friends can be ‘worn thin’ after too much exposure to a constant monologue of misery. Perhaps Eliphaz’s patience with Job had already come close to breaking point when he eventually broke his silence and said to Job:

Will you be patient and let me say a word?

For who could keep from speaking out?

And indeed, after the restraint of seven days and seven nights of silent commiseration and sympathy, who when all’s said and done could restrain themselves? Yes, there are limitations even to friendship. But there are blessings to be found both within the boundaries and outside the boundaries of friendship. Iron sharpens iron, so a friend sharpens a friend. Indeed, without his friends we would not have the story of Job and definitely the world would have been a poorer place for that.