Lent and the Baptism of Jesus 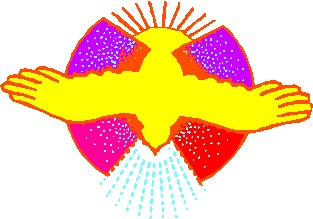 We continue through these days of the coronavirus lock down with all the restrictions on the freedoms we normally take for granted. This means of course we are unable to assemble for public worship. But I've noticed how some ministers have really taken to the internet, keeping in touch with their congregations by posting video recordings of their daily reflections. Others are now providing regular Sunday services through a tool known as Zoom, which as most of us know, is basically a form of video conferencing over the internet. For various reasons Zoom is not an option for all congregations, but I think that a prepared video may be a good alternative. It's what I've decided to do.

The only thing is, one has to talk into a camera, so to speak. When I'm doing this, I'm reminded of those days before mobile phones, when telephone answering machines came into popular use. And I remember that a lot of people when met with a recorded invitation to leave a voice message would simply put the phone down and perhaps call again later. I think we can understand this because as people would say at the time, there seemed to be something awkward about talking down a phone to someone who isn't there. Ideally, one would like to leave a short breezy message but there is also the danger that it might degenerate and record as a pointless ramble, or even worse!

Alas! I soon discovered that before the camera, I was prone to the 'telephone answering machine syndrome' myself and came to realise that I have very little talent for such relaxed spontaneity. After some experimenting, it became obvious to me that I would have to rely on a script. Perhaps the best thing I can say about those scripts is, at least I've written them myself which I admit is not much of a recommendation!
Now, to help me get over the 'telephone answering machine syndrome' I thought I would ask my wife Sue, if she would read my Lenten reflection of 31st March 2020, in which I stated that Lent begins with John the Baptist. I asked her to offer me some questions that I thought I could work on. In the event, she kindly provided a number of very interesting questions.  But I have found that the first question she asked has been enough to keep me busy.

Her question is as follows:
Why does Lent start with John the Baptist? I thought that Lent was the period of forty days and forty nights when Jesus was in the wilderness.

I can only say, well you've got me there Sue, you are right, except in my mind at least, I do find it helpful to see the trials of Jesus in the wilderness set in the context of his baptism by John at the River Jordan. In this story, John appears on the scene with all the fire and the passion of the prophets of old as announced in the pages of the gospel:

'In the prophet of Isaiah, it stands written: 'Here is my herald whom I sent on ahead of you, and he will prepare your way. A voice crying aloud in the wilderness, “Prepare a way for the Lord; clear a straight path for him”.
(Mark 1:2-3)

This dramatic opening promises a great deal. As the story moves on, we discover that we are not going to be disappointed not just in terms of literary drama but because in its unfolding message, we may be thrilled to realise that the life of Jesus is a paradigm for the religious life; it's a personal message pointing towards one's own spiritual potential and destiny. Jesus said:

I have set you an example that you should do as I have done for you (John13:15)

John baptised others at the River Jordan for the forgiveness of sin. Of Jesus, he said to others, 'I have baptised you with water; he will baptise you with the Holy Spirit. Now, when Jesus asked John to baptise him, we know that John did not feel it was necessary. In any case, John didn't feel that it was his place to Baptise Jesus and he had already declared that he felt that he wasn't worthy enough even to untie his sandals. But we have these words of Jesus who replied, 'Let it be done to fulfil all righteousness.' The righteousness Jesus speaks about it is this: There were many, at that time, at the River Jordan receiving baptism for the forgiveness of sin but Jesus took his place in the queue with everyone else seeking no preferment thereby fulfilling all righteousness We may remember that Jesus' said:

And so, Jesus was baptised in the waters of the River Jordan. and as he came up out of the water, we are told that the Spirit of God descended upon on him as a dove and a voice from heaven was heard to say, 'This is my beloved son in whom I am well pleased.' In this transcendent moment the blessing of God rested upon him as he received the Holy Spirit.

For a young man, it is reasoned that there should come important and significant moment perhaps at the time of graduation or marriage in which he should be acknowledged as a man in his own right and thus receive the approval or blessing of his father; 'This is my beloved son in whom I am well pleased'. In the old fairy tales, we see this happening as a young man sets out into the world to make his fortune. Thus, the story begins with a blessing and departure. Who knows what adventures, dangers and opportunities any young person may encounter in their journey of life whether they be man or woman? Inevitably, there will be testing times, times of trial, difficulties which must be faced, but the good wishes and the approval of a father, important as they are, are not enough. In the end one must stand on one's own two feet to deal with the challenges of life with faith, with courage and personal strength.

At the River Jordan, Jesus received his baptism and his blessing from God the Father, the Spirit of God descending upon him as a dove. In a different story a son received his blessing - an inheritance from his father - only to squander it in a far-off country and then, found himself in want. St Paul in his First Letter to the Corinthians (10) warned the early Church that the blessings of baptism could also be squandered. He pointed to those who were baptised into the fellowship of Moses and yet failed he said the desert was strewn with their corpses.

Immediately following his extraordinary baptism, Jesus was led or driven into the wilderness by the Spirit of God where he remained for forty days to face the hunger, the hardship and the temptations of the world, the temptations of Satan. The days of Lent therefore represent the days of Jesus' trial in the wilderness but for me, his baptism at the River Jordan is an integral part of that story.

In this letter to the Corinthians Paul wrote:

If you think you are standing strong, be careful not to fall. The temptations in your life are no different from what others experience. And God is faithful. He will not allow the temptation to be more than you can stand. When you are tempted, he will show you a way out so that you can endure.
1 Corinthians 12-13

In closing I would say that in our own wilderness days in the days of trial that our faith will surely help us to endure. At his weakest point in the austerity and harshness of the desert Jesus kept faith with God. We can imagine that he would have gathered strength and would have been sustained by his memory of that transcendent moment at his baptism.