The Resurrection - A Unitarian View 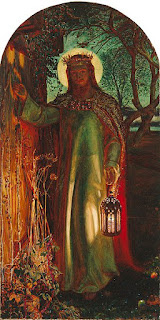 Christian orthodoxy will condemn me as a heretic for simply saying that the story of the physical resurrection of Jesus of Nazareth, is not as literal or as factual as the Bible seems to tell us or as the Church would have us believe. But I can still say that I believe in the death and resurrection of Jesus. Jesus of Nazareth was executed like thousands of others under Roman rule. He was executed as a common criminal for reasons of public order, as a matter Roman of expediency. He was executed through crucifixion on that day we now know as Good Friday. In the aftermath of this event came his resurrection.

In life as Jesus of Nazareth he was fully human, a man a prophet and a teacher in whom God was met. He was a flesh and blood man who met his death on the cross, he had a history as the son of Mary and Joseph the carpenter. He had brothers and sisters and was part of a wider family network. He had his friends and disciples. The story however, that is essential to the Christian faith is that Jesus died on the cross and yet he rose on the third day. The day on which we commemorate his rising, Easter Sunday was decided upon by the church, ruling that it should fall after 21st March each year, according to the phases of the moon. We could therefore say that the whole thing is an ecclesiastical construct but we should not let this observation invalidate a deeper essential truth.

Perhaps the most compelling of the resurrection stories may be found in the Gospel of John 20:24-29.

Jesus Appears to Thomas
One of the twelve disciples, Thomas (nicknamed the Twin), was not with the others when Jesus came. They told him, “We have seen the Lord!”
But he replied, “I won’t believe it unless I see the nail wounds in his hands, put my fingers into them, and place my hand into the wound in his side.”
Eight days later the disciples were together again, and this time Thomas was with them. The doors were locked; but suddenly, as before, Jesus was standing among them. “Peace be with you,” he said. Then he said to Thomas, “Put your finger here, and look at my hands. Put your hand into the wound in my side. Don’t be faithless any longer. Believe!”
“My Lord and my God!” Thomas exclaimed.
Then Jesus told him, “You believe because you have seen me. Blessed are those who believe without seeing me.”

What are we to make of this?  Why should Thomas have doubted in the first place? That's the question we really need to ask. I mean, wasn't Thomas part of the inner circle, one of the twelve disciples and had he not been there when Jesus raised Lazarus from the dead? And surely, on the testimonies of the other disciples, Thomas should have believed having been told, as it were, that Jesus had come back from the dead?

Yet we have it on record, in the Gospel of John, that Thomas resolutely refused to believe until he had seen his Lord and placed his fingers into his wounds. In this story, Thomas, presents as one who lives life without faith like those who would much rather have the bad news than the good news. In modern parlance, we might say the lights are on green for 'go', but it still requires faith to drive through them. The story of Thomas and his doubts really points to the fundamental question of how we might live our lives. And therefore, the real question is, can we have faith? Can we live our lives in the spirit of Jesus who said:

Those of us who have even the smallest inkling of God, of a greater reality instinctively sense that there is more to life, the world and the universe than our minds can grasp. There is, I believe this vast ocean of consciousness, of love of which we are all a part of if only we can know and if only, we could live each day as though it were true. The great religions, the mystics and the poets bring that same message to us and point to our true destiny and our eternal home. St Paul in his dramatic encounter with the Christ saw only a blinding light on the road to Damascus and heard his voice; it was an encounter that not only transformed Paul but changed the world forever.

The 19th century pre-Raphaelite artist Holman Hunt also claimed an encounter with the risen Christ, an encounter that inspired him to create what essentially became his life's work: that painting that became known as 'The Light of the World' and that painting was seen by millions in the early years of the twentieth century decades before the advent of modern mass communications.

Each year at Easter we are brought face to face with the great mystery of life, of death and renewal and the confirmation of eternity. The Easter story, the death and the resurrection bring the victory of hope over despair, of life over death. The power of the resurrection story is really the confirmation that death is not the end and that the human spirit is eternal. In his first letter to the Corinthians St Paul made this clear when he wrote that 'flesh and blood cannot inherit the kingdom of God'. The resurrection is therefore a spiritual and not a physical matter, so I close with these words of St Paul:
When the perishable has been clothed with the imperishable, and the mortal with immortality, then the saying that is written will come true: