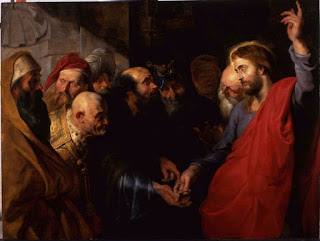 Back in 1992, the Queen in a speech at the Guildhall, to mark her Ruby Jubilee on the throne, referred to that year as an 'annus horribilis' She did so with some justification. As we mark the passing of this year and look forward to the new, we know that each year will always bring its joys and sorrows. But how often we may underestimate the depths of human sorrow and how often when we are given the happiest of circumstances, we heedlessly allow that time to pass us by! The present moment is all we have.

I have noticed even as we have approached the threshold of this New Year, how many have expressed their wishes that 2021 will be better than 2020. For those who read beyond the popular headlines and all the government propaganda, it is writ large that life is not going to return to the normal as we understood it, prior to March 2020. Little by little, it is beginning to sink in that there really does exist an agenda for massive societal change, at home and abroad, and furthermore that this agenda is already in process. More and more people are waking up to the aims of The Great Reset. To find out more, simply Google up 'he Great Reset'. Read and you will learn how the coronavirus is being hyped up to lever in unconsulted change that will change your world, forever.

You might ask what the response should be to such misgivings as we move forward into 2021. There is the story of Jesus who in Roman occupied Palestine, was asked, 'Should we pay taxes to Caesar?' A dangerous question, but Jesus said, 'Render to Caesar the things that are Caesar's, and to God the things that are God's.' Each year, we as dutiful citizens may fill in our tax return forms and also make arrangements to pay our local council taxes. Thus, we too, figuratively speaking, do our duty and 'render to Caesar the things that are Caesar's'. We will note however, that Jesus' words did not prevent his execution on the cross, because it was not deemed expedient to let him live.

Perhaps we too are beginning to see that even for us it may not be enough to 'render to Caesar the things that are Caesar's.' In a totalitarian state, mind and soul are required for sacrifice too, and so there exists in China 'thought transformation camps' where faith and cultural identity must be replaced by 'love for the Chinese Communist Party.' A BBC documentary recorded a Chinese official denying that these thought transformation camps were prisons. Where in prison can you paint? He objected.

Similarly, in recent lockdowns at home, otherwise known as house arrest, Facebook memes suggested that all that was required of the obedient citizen was to 'sit at home, watch Netflix and eat Pringles.' Later as Christmas came upon us, further memes were posted on Facebook comparing our comfortable loss of liberty with the very real hardships of the soldiers of the First World War. Notwithstanding the destruction of the economy and the very fabric of people' lives, such blandishments were and remain an obfuscation of the loss of our civil liberties and democratic rights. All of it is as duplicitous as the Chinese Communist Party' official line that the thought transformation camps are not prisons.

We are living through times of great change and it is difficult to understand what is really going on. As I have previously stated, the information is out there, and one only needs to do a little internet research to see how far reaching these changes are and are going to be. I think it is helpful also, to see that from the globalist-capitalist perspective, the methods of China, a capitalist economy under the control of the totalitarian one party surveillance state, has become for the elites, an attractive alternative to Western democracy. The recent utterances of Professor Neil Ferguson, the Government’s top scientific advisor, as reported in The Times, clearly shows that same direction of thought and where we are heading:

'I think people's sense of what is possible in terms of control changed quite dramatically between January and March,’ Professor Ferguson says. When SAGE observed the 'innovative intervention' out of China, of locking entire communities down, and not permitting them to leave their homes, they initially presumed it would not be an available option in a liberal Western democracy: 'It's a communist one party state, we said. We couldn't get away with it in Europe, we thought...and then Italy did it. And we realised we could.'’

In the same interview Ferguson said: ‘If China had not done it, the year would have been very different’

Ferguson is currently advocating the continuation of lockdown until Easter 2021 and possibly beyond, this from a lockdown that was originally sold to the British public as a solution designed to last for only three weeks! This continuing level of totalitarian control has been deliberately achieved through months of fear inducing propaganda and government misinformation.

The Guardian recently published the concerns of the country's leading psychiatrist, Dr Adrian Jones with a headline that read: Covid poses greatest threat to mental health since second world war'. The telling paragraph reveals that up to 10 million people including 1.5 million children, 'are thought to need new or additional mental health support because of the crisis.' When one considers the fact that from the inception of this 'pandemic', in England, only 377 healthy people under the age of 60 have died of covid, then perhaps we may get a real sense of perspective and an inkling of the power of the government's fear induced tyranny. I read somewhere that, 'Where the government fears the people there is freedom, and where the people fear the government there is tyranny.'

The opposite of love is not hate but fear. God is love and the churches exist for the worship of God (love). Love casts out fear. The continuation of the 2020 'annus horribulus' is set to continue. Unless the churches really do wish to be consigned to oblivion, they need to take a stand now. The retreat to online worship is no substitute for the fellowship of public worship. This is not the time to step back but a time to step forward into 2021, to reject the lies, false promises and predictions of fallible men and to place our trust in God.